The Power of Computer Modeling in Failure Analysis of Plastic Parts

When plastic parts fail, the failure is often caused by defective part design. Computer modeling of the part, followed by finite element analysis (FEA) of the design, will often reveal the defects in the part design.

For example, we were provided with a coffee cup that failed, causing serious burns.

A woman had purchased the cup of coffee at a fast-food drive-thru. While she was drinking the coffee, the lid came off and the cup collapsed in her hand, causing hot coffee to spill into her lap and resulting in serious burns.

Upon analyzing the cup, we noticed a piece missing from the rim. The rim was also deformed. When we compared the strength of many different coffee cups, we noticed that cups with flared rim designs were more prone to failure than cups without flared rims. 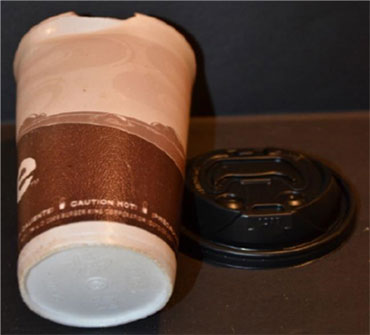 Next, we generated a computer model of the cup and performed an FEA analysis on the cup design.

In the end, these findings allowed our attorney-client to obtain a favorable settlement for the injured woman.

Plastic Expert Group specializes in legal expertise, design, analysis, and consultation for polymeric materials, plastics, coatings, and adhesives. PEG is also an industry-leading forensics lab specializing in identifying the root cause of plastic parts and pipe failure. Dr. Duane Priddy, founder and CEO, is a leading plastics scientist and a Fellow of the Polymeric Materials Division of the American Chemical Society and the Society of Plastic Engineers.